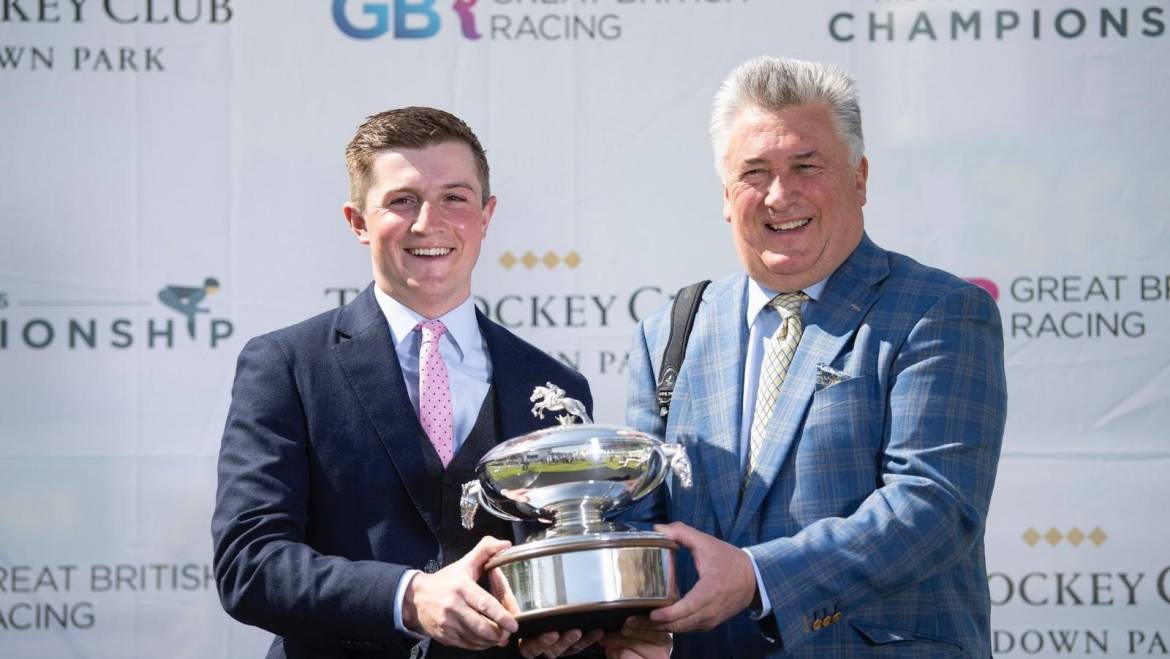 For more than a decade now Harry has played an integral role in Team Ditcheat both in and out of the saddle, however with Harry due to take out a training licence of his own next year he heads into his final Cheltenham with the team.

Harry rode 41 winners for Paul as a jockey including a Cheltenham Festival winner aboard Salubrious in the 2013 Martin Pipe Conditional Jockeys Handicap Hurdle, before calling time on his career in the saddle in 2014. For the past 6 years Harry has been Assistant Trainer for Paul and has been privileged to be associated with many notable victories during his time with Team Ditcheat. He’s hoping to end his association on a high with Cheltenham glory next week.

We caught up with Harry to get the low down on the team’s leading fancies ahead of the Greatest week on Turf.

How many horses will you take to Cheltenham this year?

I think we’ll take 13 or 14 horses this year, which is our smallest team for some time. We’ve tried to focus on running horses that have got realistic competitive chances and apart from that, we’re going to leave the rest of them at home. There’s no point going there to give them a really really hard race when, with the racing being so competitive, they haven’t got a realistic winning chance.

What horse are you personally most looking forward to running?

The most obvious and easiest answer to that question would be Bravemansgame, but I’m going to say Stage Star.

I’ve thought the world of him for a long time now. We’ve had him from just a 3-year-old, he’s a beautiful horse and he’s unbeaten over hurdles. He won the Challow Hurdle at Newbury which is a Grade 1, very impressively and I don’t think we’ve seen the best of him yet. He’s got a bit of pace and he’s a good jumper and whilst he might not quite be good enough to win the Ballymore (on Wednesday) this year, he’s a very exciting horse and this should be the first of many big days in his career I’m sure.

You mentioned briefly Bravemansgame. He’s been very impressive since going over fences this season and looks to have a leading in chance the Brown Advisory Novices’ Chase on Wednesday?

He’s been the best staying novice’s chaser in England this season and we’re very excited about running him. He’s a high-class horse and he obviously has a very big chance. He was very good last season then came unstuck against the Irish at Cheltenham but I hope that’s not the case this year. I think he’s improved over fences, his preparation has been great at home and he’s got a very big chance. We’re very excited about him.

Talking about that race I should also mention Threeunderthrufive, who’s done really well this year. He’s won four chases, two Grade 2’s and he’s done very little wrong. If Bravemansgame wasn’t in the race we’d be extremely excited about his chance as well, but he’s by no means a back number. He’s a very very good horse and whilst he might not have quite as sexy a profile as Bravemansgame he’s got a leading chance. He’s a solid horse, he stays well, and Adrian Heskin gets on very well with him so we’re excited about him as well.

Frodon and Politologue have both been superstars and fan favourites over recent years. Are we likely to see them at this year’s festival?

Paul’s going to make a late decision on whether Frodon runs. If he goes anywhere it will be The Ultima Handicap Chase on Tuesday. It will very much depend on the ground, if the grounds are soft he definitely won’t, if it’s on the drier side he might take his chance. He’s obviously got a lot of weight and he’s getting a bit older so it’s not getting any easier for him, but he loves Cheltenham and if the ground was dry he’d have an each-way chance.

Politologue’s been a fantastic horse for us. This is going to be his last season racing and he’ll run in The Queen Mother Champion Chase. It could well be his last race. To me, it looks like the most competitive race at the festival this season so realistically he’s up against it but he’s in fantastic form at home so we just hope he puts in a good show of himself and most importantly he comes home safely so he can have a long and happy retirement at the end of the season.

The racing at Cheltenham is so competitive. What are your best chances for the handicaps?

An interesting horse which we don’t know much about, who runs in the Boodles Juvenile Hurdle on Tuesday is a horse called Bell Ex One. He won two juvenile hurdles in Ireland in the Autumn and we bought him with this race in mind, hence we haven’t run him to keep his handicap mark. On the face of it, it looks like he’s got to improve a little bit, but he’s had plenty of time. We schooled him in blinkers earlier this week and he schooled very very well so he’s going to run in them. It’s going to be a very competitive race and there are a few very fancied horses in it but we wouldn’t be surprised to see him run very well.

Bob and Co won the Champion Hunter Chase at the Punchestown Festival at the end of last year and goes in the St James’s Place Hunters’ Chase. What do you make of his chance?

He was travelling very well in this race last year under Sean Bowen when he unseated three out before he went on to win at Punchestown under David Maxwell. His form is good, he finished second at Haydock the other day when David wasn’t hard on him and we’ve trained him with Cheltenham in mind. 3 ¼ miles at an end-to-end gallop will suit him well so hopefully he’ll run a big race for David.

Are there of the team we’re yet to mention you’re particularly looking forward to running?

We run a horse called Thyme White who’s taken to chasing well this season and he’ll run in the Johnny Henderson Grand Annual Chase on Wednesday. Two years ago the race got moved from the old course to the new course which I think suits him as it’s more of a speed test and he’s a horse that’s always travelled quite strongly. Novices have a good record in the race and we haven’t run him since he won at Doncaster in December with this in mind so we’d like to think he’ll have a good sporting each-way chance.

Do you feel the pressure going into the week and do you set yourself targets as a team of what you hope to achieve?

I think for us the target at Cheltenham is to come away with a winner. It’s so so hard to win there, I can give you countless examples since I’ve been Assistant Trainer of a horse running a brilliant race, often a career best and maybe finishing 5th or 6th. It’s such a tough week, so I always think that if we can get a winner then that’s an amazing result.

There is an element of pressure going into Cheltenham week but to be honest it’s not any different to the pressure we feel as a team any day of the week that we have runners.

Every horse has targets throughout the season which can be just as important for their career and as a team we’re always striving to do our best for all of the horses and their owners. With the standards that Paul sets, there’s pressure on us all of the time for us to achieve what we want to achieve.

This will be your last year as an assistant for Paul. What is your favourite memory of The Cheltenham Festival in your time in the role?

In terms of the time I’ve been involved with the yard over the last 11 years, I would say Dodging Bullets winning the Champion Chase in 2015. I was involved with him for a long time at home and he was a very special horse to me.

Everything that season went right for him. He got on a roll and started believing in himself and he put in a couple of the best performances of his life.  I think it probably demonstrates how hard he tried to win at Cheltenham that day by the fact that he never won again after it. That shows you just how hard it is to win at the Festival but that day he won the Champion Chase was absolutely magic.

In my role as Assistant Trainer, my favourite memory would be Frodon winning the Ryanair in 2019. It was just an incredible day. He’s a special horse and he was so brave that day.

Will you have mixed emotions going into Cheltenham this year, being your last Festival with Paul and Team Ditcheat?

I will obviously be sad to think that this is going to be my last Cheltenham with Team Ditcheat as I’ve had some amazing days with Paul’s yard at Cheltenham but although there’s an element of sadness, on the other hand, I’m also extremely excited. Hopefully one day I’m lucky enough to have a horse that’s good enough to go to Cheltenham and maybe one day I’ll be able to experience it for myself. It will certainly however be a strange feeling knowing that this is my last Cheltenham with Paul. I would dearly, dearly love for Paul to get a winner this year and if he’s lucky enough to do that I will make very sure I enjoy every minute.

Give us your best win and each way tip for the week?

My best win bet would be Bravemansgame, I think he’s got an outstanding chance.

For my each-way horse, I’m going to go for Belle Ex One. He’ll be a sporting price, Paul does well in that race the Boodles Hurdle and I think he could run a big race.

We wish Team Ditcheat all the best of The Festival.

Let’s hope for a strong performance from the British after last year’s Irish domination. We look forward to catching up with Harry again soon to hear more about his plan’s for his new solo venture.